If you’ve seen The Jetsons television show or the Star Wars movies, then you’ve seen flying cars. They’re designed to solve the problems of traffic congestion, and many people consider them a hallmark of a “futuristic” society.

However, this future isn’t as far away as most people would think. Advances in Urban Air Mobility (UAM), mean that flying cars are not only practical but likely to be in regular operation within 10 years at the most.

Moving the daily commute from the ground to the sky doesn’t come without its challenges. However, organizations like Uber and NASA are making a serious effort to overcome these and make UAM a reality.

The shift from purely ground-based transportation to urban air mobility is a significant one. Most major cities suffer from serious problems with congestion, and this new technology could be the key to solving this problem. However, UAM faces technological, infrastructural, regulatory, and reputational problems before it becomes mainstream.

The main technological challenge standing in the way of urban air mobility is the creation of vehicles and battery technology. The first of these challenges is the fact that UAM vehicles need to be able to perform vertical takeoffs and landings. The most common form of air transportation, airplanes, need the ability to drive at high speeds along a runway before taking off, which isn’t very practical in an urban environment.

Helicopters, on the other hand, can perform vertical takeoffs and landings. In fact, an early UAM program used helicopters in Boston in the 1970s. However, helicopters have another problem: noise. Most gasoline-powered vehicles are too noisy for UAM, meaning that electric vehicles are the logical solution. However, UAM vehicles need a significant amount of power to carry their loads over the distances required. The batteries used need to have significant storage capacities while remaining compact and lightweight.

Once you have a vehicle capable of performing vertical takeoffs and landings, you need a location where these vehicles can actually takeoff and land. While these helipads or vertiports don’t need to be very big, they need to be accessible to the vehicles using them. This means that the vertiports need to either be elevated or easily accessible when flying through urban canyons. This is challenging due to the unpredictable wind patterns created in these environments. While elevated vertiports with space for wind to flow under them mitigate these issues to some extent, this comes at the cost of aesthetics, which may be a difficult sell.

Urban air mobility, since it operates in the “unclaimed” space 500-5,000 feet above ground level, falls under the jurisdiction of the Federal Aviation Administration (FAA). This organization is responsible for developing the safety standards and regulations that govern travel via UAM. UAM manufacturers will need to develop vehicles that meet safety standards equivalent to those used in commercial air travel. In 2018 (a relatively “unsafe” year for air travel), this came out to 0.39 fatal accidents per million flights, which is a high standard to meet.

Finally, UAM has the tough challenge of being seen as a safe and viable option to consumers. The concept of flying cars is commonly regarded as science fiction even though it is quickly becoming “science fact.”

In general, people have a bias against flying that isn’t supported by the facts. Flying is much safer than driving, by the statistics, but many people would choose a car over a plane, all else being equal. Before UAM becomes mainstream, it needs to overcome this irrational fear of flight.

Urban air mobility (UAM) is an exciting next step in the area of urban transportation. While it faces many significant challenges, many organizations are working hard to overcome them. Events like the Uber Elevate Summits and the upcoming NASA UAM Grand Challenges are designed to forge the connections and relationships that will be necessary to find solutions to all of these challenges faced by UAM. 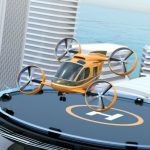 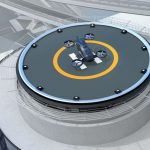