If you were to ask someone years ago if they would ride in a self-driving car they’d think you’re crazy. What was once a foreign concept is now the norm due to the efforts of companies like Tesla. The question now is would you fly on an autonomous aircraft? Brace yourselves because the aviation industry is reaching new heights. Boeing and Airbus are committed to pursuing fully autonomous commercial aircraft by as early as 2025. In addition, the tremendous growth of commercial drones and its usage in a variety of industries like entertainment, construction, agriculture, remote sensing, and more are now maturing in the aviation sector. This has prompted the FAA to create new rules for operation and pilot certification. The growth for autonomous systems and drones in aviation is rising at a fast speed. Can you keep up? Here’s what you need to know for 2019 as the growth continues.

Autonomous systems in aviation are typically a combination of three basic approaches even though the precise details can vary depending on the application. These include:

These approaches lead to several potential applications of autonomous systems in aviation that are possible assuming the industry can overcome the regulatory and public trust concerns that aren’t as significant for driverless cars. One possibility includes a fully AI-enabled collision avoidance system. This could dramatically reduce mid-air collisions, runway incidents, and controlled flight into terrain. Another beneficial use of autonomous systems would be to detect a pilot error, risk-taking behaviors, or fatigue which are currently leading causes of accidents in general and commercial aviation. Autonomous agents could help air traffic control improve the system’s response to disruptions such as weather and seasonal congestion and allow human air traffic controllers more time to focus on the safety of individual flights.

While there are many practical applications of autonomous systems in aviation, it’s important to be cognizant of the risks. First, no system can be expected to get it right 100% of the time and systems are prone to component failures and sensor blindness, where a critical measurement is not captured for whatever reason. Sensing the environment is essential for an autonomous system to acquire the data necessary to make decisions and drive actions. Since the learning models are based on previous experiences, if the system receives data or experiences circumstances the learning model hasn’t seen or contradicts what it’s learned before, it can be problematic.

There is also the risk of cyber attacks on autonomous systems whether they come in the form of false or corrupt signals to the sensing system, overrides to the automated control inputs, or a hijack of the system’s command-and-control channels.

Minimize the Risks of Autonomous Systems

One of the best defenses for autonomous systems is good programming practices. Missed or misinterpreted events can be avoided by redundancy in sensing methods, algorithms, and hardware. There should also be limits placed on the full autonomy of machine-learning systems especially for high-risk scenarios or unsafe flight conditions.

The vulnerabilities of autonomous systems make it essential that new standards and development practices are created such as NASA’s “Assured Autonomy for Aviation Transformation” program to address the specific challenges. This should be accompanied by research and more direct involvement from the aviation software community to ensure the high standards of safety and reliability the industry and public have come to expect are part of autonomous aviation software.

The emergence of unmanned aerial vehicles (UAVs), otherwise known as drones, represents one of the most significant changes in the aviation landscape since the advent of jet technologies in the 1950s. Just 20 years ago, they were almost unheard of outside military circles. Today, they come in a variety of shapes, sizes, and capabilities. There are many commercial uses for UAVs including agricultural and forestry applications, package delivery, and even to improve the safety of conventional aircraft which is how Airbus is using drones.

Military UAVs have been in development for decades and have sophisticated electronics and sensing technologies, but commercial UAV applications currently don’t have comparable security performance even though they could be vulnerable to similar cybersecurity concerns. Commercial drones often follow software and hardware development practices more in line with consumer electronics products rather than high-reliability and safety-critical systems.

Drones are vulnerable to:

There are steps that should be taken to fortify commercial drones against cyber attacks including aviation secure development practices. Drones that use commercial wireless technologies should employ the most sophisticated cryptographic systems and have safeguards against unauthorized access. Additionally, the manipulation of the wireless protocols or other settings should be disabled inflight. Hobbyist platforms should be replaced by commercial embedded operating systems and application software and flight and safety-critical code should utilize secure development practices.

How Should Aerospace Respond to Cyber Attacks on Military UAVs?

It is only a matter of time before military unmanned aerial vehicles (UAVs) become a target of opportunity for attackers. UAV developers and integrators need to be prepared to respond effectively and decisively even as threats continue to evolve. This includes:

To learn more about Performance Software’s cybersecurity services for autonomous systems and UAVs, contact us today.

Check out these articles for more information about what you need to know about autonomous systems and drones in 2019.

Commercial Drones Will Soon be Everywhere, But How Secure are They?

What You Need to Know About Autonomous Systems and Drones for 20192019-04-012019-04-25https://www.psware.com/wp-content/uploads/2015/07/Performance_logo_w.tag_sm.pngPerformance Softwarehttps://www.psware.com/wp-content/uploads/2019/04/what-you-need-to-know-about-autonomous-systems-and-drones_4.1.2019.jpeg.jpg200px200px
Email Newsletter
Subscribe
Recent Posts 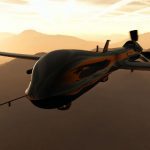