The emergence of unmanned aerial vehicles (UAVs) or “drones,” as they are sometimes called, represents one of the most significant changes in the aviation landscape since the advent of jet technologies in the 1950s. Though they were almost unheard of outside military circles just 20 years ago, drones now come in a wide variety of sizes, shapes, and capabilities, from sophisticated weapons platforms to discount store stocking-stuffers. The U.S. air force’s arsenal is thought to contain more than 10,000 drones, and Gartner estimates that the emerging market for commercial drones, dominated by agricultural, construction, remote sensing, and entertainment applications, grew to about 174,000 aircraft last year, prompting the FAA to formulate new rules for operation and pilot certification.

UAVs present a number of cybersecurity challenges. First, nearly all drones rely on radio frequency (RF) communication with an operator on the ground to exchange control inputs, telemetry, and mission data. Loss of this vital communication link renders the drone inoperable. Second, drones are inherently sensor and processor-driven; failure of these systems has far worse consequences than on a manned aircraft, where the pilot might still maintain control by aircraft feel, external references, and dead reckoning. Finally, military UAVs are at significant risk for in-theater loss, in which drones with sensitive technologies or missions may be subject to reverse engineering by a foreign adversary.

The reliability of military grade UAVs has benefited from a number of advances in communications and software security over the last several decades. The use of spread-spectrum techniques together with encryption protects UAVs from many forms of jamming, intercepting, or tampering with communications. The emergence of assured position, navigation, and timing (PNT) capabilities will reduce the risk of navigational misdirection as a result of false global positioning system (GPS) signals. UAVs also benefit from the fault-tolerant programming approaches that are used in life and safety-critical manned aircraft systems. Still, they remain complex software platforms subject to both internal failure and external attacks.

While much of the information about military drones is shrouded in secrecy, details from a few international incidents have shed light on the feasibility of cyber-attacks against UAVs. In 2011, cyber units from the Iranian army claimed to have successfully downed a US-operated RQ-170 Sentinel drone through a combination of GPS jamming and spoofing, tricking the aircraft into believing it had returned to its home base in Afghanistan. The Iranians likely made use of high energy radar technologies acquired from the Russians; however overpowering existing communications is not always necessary to inject malicious commands or logic into a UAV’s sensors or receivers. An attacker with detailed knowledge of the system’s internals need only create the environmental conditions to exploit an existing flaw in the drone’s programming, leading to a software crash, and potentially a crash of the airframe.

As a result, attackers have not always waited for drones to be airborne before attempting to compromise their systems. A recent report by the Associated Press found that nation-state hackers linked to the Russian “Fancy Bear” cyber warfare unit, famous for its attempted compromises of the U.S. election system, “went after at least 87 people working on militarized drones, missiles, rockets, stealth fighter jets, cloud-computing platforms or other sensitive activities.” The victims were largely employees of major U.S. defense firms and government officials connected with UAV procurement. The likely goals of this espionage were theft of design details and source code that could point to back door vulnerabilities or potential countermeasures. Security experts are also increasingly concerned about the possibility of supply-chain attacks, in which sophisticated adversaries attempt to inject compromised components or source code into the development and manufacturing cycle for UAV hardware and software.

These attacks highlight the need for vigilance in developing secure hardware and software for UAV applications. Aviation secure development practices such as fault tolerant programming, coverage analysis, and systematic testing, together with a robust vulnerability assessment program, offer the best strategy for identifying and mitigating security problems before drones even take flight. These approaches will become even more critical as UAVs of all types become ubiquitous over our homes and businesses.

To learn more about Performance Software’s cybersecurity services for UAVs and other vital systems, contact us today. 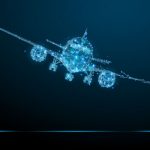