Smart, internet-enabled devices are becoming more and more ubiquitous in our everyday lives. You are no longer required to log into a computer to submit an Amazon order or leave the house key under the mat for the sitter. Today we have mainstream consumer IoT (Internet of Things) devices such as the Amazon Echo or the August Smart Lock. It’s easy to see the value in these devices. The efficiency they add and the convenience they offer results in rapid adoption by consumers.

It’s not hard to see how IoT concepts can prove useful for the Aerospace and Defense industry. From the manufacturing floor to the skies, the benefits of interconnected, “smart” devices are being realized. Tools are tracked with RFID tags to prevent them from being left in aircraft components. Inventory is tracked carefully, and parts can be replenished automatically when needed. Apart from manufacturing, sensors can be used in aircraft components to collect key information. In the skies, the benefits of Connected Aircraft devices fall into three categories.

They allow you to monitor equipment and collect data – Pratt & Whitney’s Geared Turbo Fan has over 5,000 sensors to collect data about the engines operation. These sensors can generate up to 10 GB of data per second. Extrapolate that 2 engines on a 6-hour flight and you get over 400 Terabytes of data per flight coming solely from the engines. This data is extremely valuable for assessing and improving engine performance and knowing when preventative maintenance may be in order.

They provide the potential to control non-critical components – Although devices are often used to collect and relay data one-way, there is additional potential to enable these devices to control products and make adjustments on the fly. If you have the data you need to determine what variables need to be adjusted in order to make equipment more efficient or to increase safety in a system, you can adjust these variables remotely.

Currently, operational data is uploaded to proprietary systems using closed networks and then processed.  The insights from that data are used to make decisions. With the sheer volume of data in new generation of aircraft that embrace connected systems and the speed at which these decisions need to be made, it’s easy to see the value of the devices collecting the data, processing it, and making some of these non-critical decisions themselves.  The goal would be to have devices talking to other devices and making adjustments accordingly.  But we will need these systems to be ultra-secure. We need them to have the capability to handle enormous amounts of data in real-time.  And we need these devices to be low-cost.

A Sea of Data

The amount of data being generated by aircraft is astounding. “A Boeing aircraft such as the 787 Dreamliner combines thousands of on-board sensors, text from pilots and mechanics, structured engineering data bases, across the entire fleet collected from each of the client airlines” says James Carbonell, a Carnage Mellon professor heading up the Aerospace Analytics lab. “The mass of data generated daily by the aerospace industry overwhelms human understanding.” This volume is only expected to increase as more and more Connected Aircraft products are being added to aircraft systems.

Having a large amount of data wouldn’t be too big of a problem if it was being generated on the ground where large server farms with enormous processing power are at our disposal. These centers are architected to process swaths of data and are connected to the grid through fiber optic cables that transfer data near the speed of light.

Traditional avionics data networks are slow. Old systems (ARINC 429) transfer data at a maximum of 12.5 KB/s. Newer systems on aircraft such as the Boeing 787 or A350 are using an Ethernet-based aircraft data network called Avionics Full-Duplex Switched Ethernet (AFDX). This network can allow up to 12.5 MB/s transfer speeds. Keep in mind that is within the aircrafts local network. This data along with additional sensor data has to be transmitted to the ground, which introduces another layer of latency and complexity.

Security and The Blockchain

Connecting aircraft systems to the ground introduces a whole set of challenges.  One major challenge is security. If a data analytics program can adjust aircraft performance variables what is preventing a hacker from doing the same?

One solution could be operating these communication channels on a closed network, but as we’ve seen, the data will be tremendous and the cost of infrastructure would be incredible.  Another solution may be in off-the-shelf components for security on open networks, but the current state of IoT security in the consumer world is lacking. The news is plagued with articles of devices being hacked and exploited.  Refrigerators and Smart TVs are being hacked for DDoS attacks.  Current consumer devices are being built and shipped without much mindfulness towards security.

To use open networks effectively, the answer may be found in some promising new technologies. Platforms that analyze IoT software and point out vulnerabilities, advanced data encryption to prevent man-in-the-middle attacks, and the utilization of the blockchain to ensure devices are behaving as they should.

Blockchain technology may sound intimidating to those who don’t know what it is, but really it’s simply a distributed ledger that every node in the network holds. This ledger is contained in a series of blocks that are encrypted so that every block is dependent on every block before it. This means that the data cannot be tampered with apart from every node knowing (because they all have a copy). If new data is added, consensus must be reached in the network for that data to be approved and added to the chain.

This technology could enable decentralized and autonomous IoT systems that ensure all actors within the system are behaving as they should. If a device is trying to perform an operation that the network deems invalid (the criteria for this can be designed into the blockchain) they will flag the device and prevent the operation from happening. The use of smart contracts could also prevent compromised user accounts from accessing the IoT ecosystem.

There are serious limitations with using the blockchain that need to be addressed. As previously stated, the storage needs for this amount of data will be enormous. The blockchain stores a copy of all the data on every device in the network. It’s easy to see that for interconnected devices running on aircraft, this is untenable. Another issue is the power it takes to process these blocks and validate the blockchain. Most distributed devices have very little processing power and with data coming in constantly, they wouldn’t be able keep up. These are important factors to consider when thinking about the role of blockchain technology in the future of Connected Aircraft.

With proper design and implementation, the vision of a smart, connected aircraft will be realized. Sensors will talk to each other and make decisions autonomously to ensure a safe and efficient flight. Data will be filtered and preprocessed to cut down on the volume and isolate the most valuable metrics. Crucial data will be uploaded to the cloud in real-time through high-speed air-to-ground networks while some will be stored and uploaded when cellular connections are available and processing is complete. The future aerospace & defense connected ecosystem is diverse and complicated.  There are many hurdles to overcome and problems to solve, but we look to a better future where airliners can capture and use data to both improve their operational cost and safety of their customers.

Interested in learning more about how IoT and advanced data concepts could affect your next aerospace project? Contact Performance Software to discuss tomorrow’s most cutting-edge solutions. 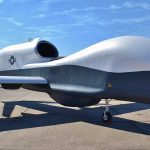 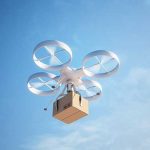 Commercial Drones Will Soon be Everywhere, But How Secure are They?Autonomous Systems, Cybersecurity