Corporate Culture is Worth the Investment

Be Intentional to Improve Pitfalls in your Company Culture

Corporate culture: a term equally elusive as it is important. Although there have been countless studies that show the irrefutable correlation between a company’s culture and the bottom line, few organizations know how to approach it, yet alone how to infuse their vision into it. According to Deloitte’s Global Human Capital Trends 2016 report, 85% of executives believe this concept to be an important factor to create a flourishing company. In contrast, only half of those (46% of those same executives) are willing to invest in the creation of a strong, intentional corporate culture. The disparity stems from the idea that this engagement focus takes time, resources, and a considerable budget. Although the notion isn’t false, the investment is a small price to pay not only in terms of morale but also the bottom line.

In 2015 Performance realized its lack of initiatives in this area and decided to invest in an employee engagement consultant to specifically address these organizational issues. Through an Emerging Leaders program, private executive coaching, and elimination of the annual performance review, our company targeted certain cultural pitfalls that would’ve remained dormant without this intentional focus. Through a strategic approach, Performance is beginning to work on setting an intentional culture of clear expectations, alignment with organizational mission and values, providing development opportunities, and promoting positive working relationships at every level in the organization.

One of the greatest opportunities that intertwine with one of our core values, is career and performance ownership. It’s not just a word on our wall; instead, this is the fundamental principle we used to build our performance management system, People First. Instead of holding annual reviews where a whole slew of problems (such as cognitive biases, single point failure, politics, and a variety of other concerns pollute the process) we have an ongoing practice that nips these all in the bud. This is done through real-time feedback and continual conversations that the individual owns. Individuals and leaders have the opportunity to take full control of their career at Performance through soliciting their feedback regularly and documenting their own reviews. Employees have the chance to represent themselves and their performance as opposed to leaving their organizational fate up to others in the company.

We’re aware that since People First is in its infancy it will require some management as well. Proactively, we also created certain positions for extra support, coaching, and to empower employees to have the necessary conversations that are typically brushed under the rug in traditional systems. Another bonus?  Our leaders know they aren’t perfect either; through these ongoing conversations they are also asking to hear what others see as opportunities for improvement for them. Through this two-way communication, we’re aiming to promote a balance of information flowing bottom-up and top-down.

Oh, how this would make Bill George proud.

There are also a variety of other factors that have organically shaped the culture at Performance. One of the most appreciated, invaluable elements that we offer includes flexibility. This is shown through offering flex time, 9/80 work schedules, casual dress, higher levels of autonomy, and enforcing fewer policies than you’ll find in almost any other corporate setting. We understand that the modern workplace is in flux and adaptation is crucial for high morale and engagement. This flexibility allows people the freedom to manipulate their schedules around their personal lives, giving them another opportunity for one of the most highly sought after components: work-life balance. 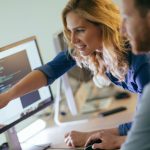 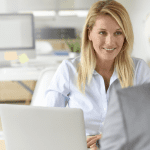