What You Need to Know about DevOps for 2019

Companies such as Netflix, Facebook, and Amazon have led the way in transforming their software development to DevOps, and more software companies are following their path. A survey by InteropITX found that 80% of development organizations are considering the adoption of DevOps methodologies, tools, and practices in the near future. Aerospace and defense technology companies must also adopt this method to remain successful and competitive.

DevOps is the term used to describe the strategies that have emerged to take advantage of virtualization, software as a service (Saas), and big data. As the term suggests, development and operations collaborate throughout the entire software development lifecycle. DevOps offers significant benefits to a wide range of software domains and applications including considerable improvement in productivity, scalability, software quality, and total lifecycle costs.

In a DevOps software process, some of the traditional technology and process relationships are inverted:

The DevOps team will design, develop, deploy, and maintain their software components so it’s critical to have individuals with the right skill-set and attitudes on the team. Everyone on the team needs skills in virtualization and an increased focus on quality, especially understanding how subtle changes might affect the integrated system. Since DevOps engineers are responsible for maintaining their code over the long term, it’s important that DevOps teams have some degree of permanence.

The countless benefits of using DevOps include faster delivery of higher-quality software, however, challenges to implement DevOps in a safety-critical market such as aerospace and defense remain. In these industries, formal verification and certification processes are important to prevent defects from turning into dangerous situations in the real world. Consequently, these teams will spend a significant amount of time getting their software ready for official acceptance. Despite the challenges specific to safety-critical markets, aerospace and defense teams have embraced the principles of DevOps because when executed well, DevOps will lead to higher overall software quality at a lower cost, without compromising safety.

3 Lessons DevOps Can Learn from IT

When an organization is considering adopting DevOps they can learn a few lessons from the IT world.

Journey: Not a Destination

Organizations should expect that migrating to DevOps is done by making gradual, but meaningful changes to their existing methods. Each of the major practices of DevOps can be adopted on its own, or as a milestone to becoming a DevOps organization. Keep the following in mind in your own DevOps journey:

If you’re interested in achieving a 25% speed increase in software deliveries, as well as significant cost and time savings as suggested in one study, it might be time to consider adopting DevOps methodology in your organization. Contact Performance Software to learn how we can support your DevOps journey.

DevOps and Aerospace – What is DevOps?

DevOps: Worth the Hype?

DevOps: Lessons Learned from IT 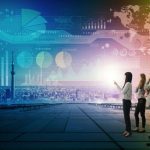 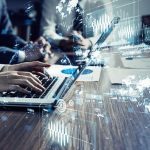