Urban Air Mobility (UAM) represents the next step in the development of transportation in crowded urban environments. By taking advantage of unused airspace in these environments, UAM vehicles can reduce congestion on overburdened streets.

The National Aeronautics and Space Administration (NASA) has announced the UAM Grand Challenge designed to help the aerospace industry solve the challenges associated with the development of UAM vehicles. This opportunity is structured as a series of challenges over the next several years. Its objectives are to:

Opportunities for the UAM Grand Challenge

The Grand Challenge Developmental Testing (GC-DT) is designed to lay the groundwork for the later Grand Challenges. Organizations that wish to participate in the GC-DT can submit proposals in one of two areas; however, the GC-DT is limited to U.S. domestic companies.

One component of the GC-DT will include live flight testing of U.S.-developed aircraft for UAM. Organizations that submit a proposal for this will be evaluated based upon a set of criteria focusing on flight safety and mission success. Selected organizations will have the chance to use NASA’s Armstrong Flight Research Center (or another range of their choice) for developmental testing and to participate in collaborative simulations of airspace operations.

The other area in which organizations can choose to participate in the GC-DT is by providing their airspace simulations. As part of the GC proposal process, NASA is looking for organizations that can provide realistic simulation environments for testing aircraft performance. In order to provide the most useful experience possible, NASA is planning to accept all proposals for aircraft systems and services that fulfill their requirements.

In 2022, Grand Challenge 1 (GC-1) will be the first in a series of challenges put on by NASA to test the ability of proposed UAM vehicles to meet the required performance and safety benchmarks needed for operation. This and later Grand Challenge stages will be open to both U.S. and international companies.

GC-1 is designed to test UAM technologies against a range of challenges representing the major barriers to certification, safety, and public acceptance. Tested scenarios will include:

The goal of GC-1 is to test UAM vehicles against simple benchmarks and to collect data regarding their operations and how they handle unusual scenarios. The results of GC-1 will then be used to inform the development of later stages in the Grand Challenge, which will increase in difficulty and help UAM developers identify potential issues before vehicles enter real-world operation.

The goal of the NASA UAM Grand Challenge is to provide UAM manufacturers with an environment in which to test their proposals and benchmarks that represent real challenges to certification and public adoption. NASA has also engaged the Federal Avionics Administration (FAA) in the process to ensure that designs meet regulatory requirements.

Access to realistic simulation technology will be crucial leading up to and throughout the NASA UAM Grand Challenge. Reach out for a consultation to find out how Performance Software can help you to achieve your UAM goals. 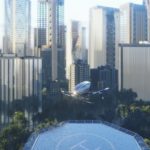