The Consumer Electronics Show (CES) is an event that was previously known for unveiling the latest and greatest of home entertainment systems and personal electronic devices. However, in recent years, urban air mobility (UAM) and electronic vertical takeoff and landing (eVTOL) vehicles have been a primary focus and were some of the major headlines from CES 2020.

UAM and Headlines from CES 2020

CES 2020, which took place in Las Vegas on January 7-10, had exhibits from Bell, Hyundai, Embraer, and Doosan Mobility Innovation.

2020 was not the first time that Bell attended a CES conference. At CES 2019, the company unveiled its Nexus eVTOL vehicle.

At the 2020 show, Bell had two major announcements. The first was their second UAM vehicle concept. The 4EX is a four-rotor eVTOL vehicle capable of carrying four to five passengers. It has a range of approximately 60 miles and a cruising speed of 150 miles per hour. Unlike the Nexus, which can only use hybrid-electric propulsion, the 4EX adds the option for all-electric power.

Bell’s second announcement at CES 2020 was their new AerOS operating system. AerOS is a digital fleet management system, which is intended to help UAM vehicle operators and cities with the task of coordinating UAM vehicles into the “vertical landscape” over metropolitan areas.

Bell’s display at CES 2020 highlighted all of its current UAM offerings. Scale models of the 4EX and the Nexus (rebranded the 6EX) were demonstrated at CES, where, managed by AerOS, they flew over a model of a metropolitan area.

Hyundai also set up a display at CES 2020. The automotive manufacturer has a UAM division and revealed its first concept eVTOL vehicle at the 2020 show. The S-A1 is a four-passenger vehicle capable of carrying passengers up to 60 miles at up to 180 mph. The fully electric vehicle is capable of taking off vertically, using wing-based lift for cruising, and vertically landing.

During CES 2020, Hyundai also officially announced its partnership with the Uber Elevate initiative. This announcement was important due to the capabilities that Hyundai brings to the initiative. Unlike other participants, Hyundai currently has the manufacturing capabilities to build its values on a global scale. This existing infrastructure can enable the company to dramatically accelerate the rate of UAM deployment and adoption.

Embraer and Elroy Air had a slightly different announcement relating to autonomous vehicles. The two organizations are partnering on the development of the Chaparral hybrid-electric cargo-carrying aircraft. This vehicle is capable of carrying up to 300 pounds for a distance of 300 miles.

While not targeting the same goals as UAM developers, the Chaparral is still relevant to the industry. Developments and discoveries made during the design and testing of the aircraft are extremely relevant to UAM vehicles. Additionally, the insights gleaned from building the Chaparral could place Embraer and Elroy Air in a strong position to develop and deploy their own UAM offering.

Reveals of new vehicles comprised some of the flashier UAM reveals of UAM 2020. However, other demonstrations can be equally important to the future of the UAM industry.

One of the biggest technical challenges of eVTOL vehicle development is the creation of lightweight batteries capable of fulfilling the operating requirements of these vehicles. UAM vehicles must be capable of getting off the ground, flying for long distances, and recharging rapidly in order to be profitable.

At CES 2020, Doosan Mobility Innovation revealed its DP30 hydrogen fuel cell power pack, which is designed for large unmanned vehicles. The powerpack is capable of sustaining up to two hours of flight time and recharges in only 10 minutes.

The Future of UAM

UAM is still an industry in its early stages. However, the demonstration of multiple concept aircraft at CES 2020, and the way that they stole the headlines at the show, demonstrate that the field is rapidly evolving. As more organizations become involved in the space, the number and quality of UAM vehicles on offer will only improve.

If you want to learn how Performance Software supports UAM innovators, please reach out for a consultation. 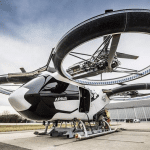 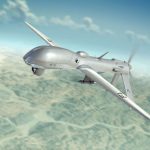