What is Dual Use Technology?

Dual use technology, including dual use software, consists of items that are suitable for either civilian or military purposes. Dual use items range from raw materials to complete systems and are either civilian items with military uses or military items adaptable to civilian use. The U.S. government recognized the connection between U.S. technological superiority and support for commercial diffusion of dual use aerospace technology as early as 1945.

The U.S. government spends half of its Science and Technology (S&T) budget on defense-related projects. Many technologies generated by DOD’s traditional S&T programs have dual use potential. If DOD-developed software becomes eligible for civilian use, a private company or the defense contractor that developed the software converts it into a commercial product at their own expense.

Dual use programs, on the other hand, are S&T programs aimed at leveraging the commercial sector’s investments into viable military systems. For example, the Air Force’s Dual Use Science & Technology selects projects competitively using non-procurement mechanisms, with the industry partner usually carrying 50 percent of the total project cost.

Both commercial and military organizations require low-cost and lightweight hardware and software with high availability and a future upgrade path. Strict compliance with industry standards and regulations is also critically important.

In the software arena, common areas for sharing include weather radar, traffic collision avoidance systems and inertial navigation. Software applications designed with open architecture and standards conformance are in high demand by both civilian and military customers.

Applications designed to the FACE standard are ideal dual use candidates.

Next Generation Air Transportation System (NextGen) is an FAA program whose goal is national airspace system modernization. NextGen consists of a series of initiatives to make the airspace system more efficient. Federal partners include NASA, DOD, and the Departments of Homeland Security and Commerce.

While military aircraft are not required to comply with NextGen and are not a driver of NextGen technology, the FAA is working closely with DOD and avionics integrators to help them adapt to NextGen as needed. Since many avionics system designs are dual use, military aircraft will eventually adhere to the standard.

Converting to Consumer Use

Generally speaking, what distinguishes civilian and military use of a particular technology is how rugged and secure its components are. Military use envisions a lifespan covering decades and requires high-level security to prevent intrusion by enemy forces. In addition, the software may contain combat subsystems that are totally inapplicable to civilian use.

The process of converting software from military-ready to consumer-friendly can take several months. Selling to the civilian market also introduces new complications. Customers are not as patient about the development process and companies typically need to spend money up front to convert the software from its military applications before actual sales materialize.

The Bureau of Industry and Security at the U.S. Department of Commerce balances the international competitiveness of U.S. industry against national security concerns when determining which technology is eligible for export. Items on the Commerce Control List require licensing, and certain types of software have export prohibitions or restrictions.

The FAA has jurisdiction over the alteration and maintenance of systems installed in aircraft with U.S. certificates of airworthiness. This means that dual use communication, navigation, air traffic management and other software systems impacting the airworthiness of an aircraft require certification when repurposed from pure military use to the civilian market.

Considering transitioning a software application from military to commercial use? Looking at developing software technology with the future goal of making it dual use? It’s critical to work with an experienced guide that can manage the process and develop the application in anticipation of future regulatory hurdles. Performance Software has successfully transitioned multiple software projects from military to commercial use, and is accustomed to the particulars of dual use technology. Contact us today to learn more about how we can partner with you to achieve your goals.

How does DO-178C affect a program formerly created under DO-178B?Certification 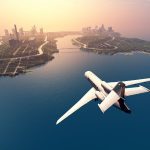