Did you catch the recent issue of Avionics Magazine? Performance Software’s JETS Virtual Platform was featured, along with our commentary on the top 10 mistakes made by real-time embedded software engineers in avionics.

Excerpted from the article:

Lockheed Martin’s F-35 shows the impact that delays and cost overruns in safety-critical airborne software could cause in new platforms. In April, the U.S. Government Accountability Office (GAO) published a 49-page report noting that F-35 testing delays could cost the Defense Dept. an additional $1 billion, on top of acquisition costs that have already totaled $400 billion.

Delays are the result of problems with the aircraft’s Block 3F mission software, which provides all of the required software, including data link imagery, full weapons and embedded training. However, according to GAO, F-35 program officials have had to regularly “divert resources from developing and testing of more advanced software capabilities to address unanticipated problems with prior software version

Arizona-based software and engineering services provider Performance Software Corp. recently published its list of the top 10 mistakes made by real-time embedded software engineers working in avionics. The top mistake cited was use of global variables, which the company noted is “often frowned upon by software engineers because they violate encapsulation criteria of object-based design and make it more difficult to maintain the software.

The company’s Performance Virtual Platform allows for custom interactions with virtualized hardware and was previously used to support Boeing 787 requirements for software development testing. One of the factors that impacted that effort was the reliance upon production hardware for ground-based testing.

Tim Bigelow, chief development officer for Performance Software, said that the company’s new JETS Virtual Platform can create a direct replica of the target hardware that will use the software the company is developing by virtualizing any custom system on chip and by allowing developers to run the same binary they would on the target hardware.

“Our vision of the future is that this will be the new software for highly regulated systems, not just aerospace, but defense products, self-driving vehicles, anything that is highly regulated and mission critical,” said Bigelow.

New avionics software development tool suites are designed to reduce the time required for testing and certifying the overall application software code base. This is accomplished by featuring complete sets of DO-178 certification artifacts the developers can quickly incorporate within their overall certification documents rather than develop those documents from scratch. 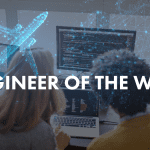 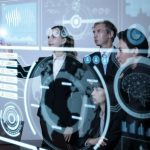