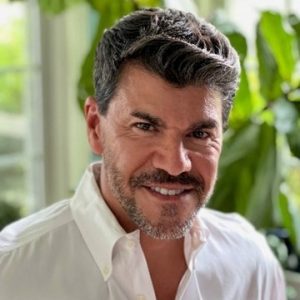 As an experienced engineer, inventor, and leader, Rob brings over 30 years of experience in the aviation industry with roles ranging from research and development, flight testing and certification to program management.

Early in his career, Rob earned his FAA DER with Quiet Technology Aerospace developing, testing, and certifying airframe noise reducing “hush kits” for both commercial and business aircraft to meet FAA FAR Part 36 noise requirements. Later, in 2004, Rob started with Gulfstream Aerospace as a Performance Engineer in Flight Sciences, completing his 15-year tenure as the Director of Advanced Aircraft Programs.  Rob also worked at Thales Avionics as the Iridium Development Program Manager and later with Parker Aerospace as the Manager of Design Engineering and Test Systems for the Military Flight Controls Division.

Rob was awarded multiple patents in airframe noise reduction and was published by the AIAA on the subject of computational aeroacoustics. He also earned his Green Belt in Lean Six Sigma.

Rob graduated with a B.Sc. in Aerospace Engineering from Penn State University, and later earned his MBA from Mercer University’s Stetson School of Business and Economics, and finally his Master of Arts in Communication from Georgia Southern University.

What I love most about my work

I love working both with my colleagues at Performance Software and our customers.  Every day is a new challenge and learning experience while working on multiple projects.

One thing everyone must know about Performance

I am in awe of how Performance Software consistently delivers on their commitments to their customers, whether it is services or products.  There is no comparison, and it is recognized throughout the industry.